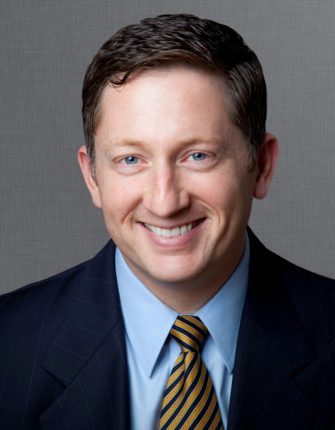 Daniel B. Ravicher represents clients in business and technology related litigation and transactions, which he’s done since the dotcom boom.

Outside the courts, Dan has represented both patent holders and challengers in inter partes reviews and other proceedings at the U.S. Patent & Trademark Office in matters relating to biotech, pharmaceutical, software, and electronic technologies. In addition to intellectual property, he has also litigated disputes involving breach of contract, corporate law, Federal and state securities laws, fraud, antitrust, and civil liberties. Dan has litigated in various federal and state courts and administrative proceedings as well as both domestic and international arbitrations.

Dan’s transactional experience includes financing, exit, and technology transactions. He has represented clients in angel, VC, M&A, and IPO transactions, negotiated sales and licenses of intellectual property, and advised on intellectual property infringement, validity, and valuation issues. A registered patent attorney, Dan has also prosecuted patents, trademarks, and copyrights for clients. In addition to being an investor in and advisor to private and public life sciences, information technology, crypto and other companies and projects, he also regularly consults with investment banks, hedge funds, and individual investors on legal issues that may materially affect the value of private and publicly traded companies.

Dan was twice named one of ‘The 50 Most Influential People in IP’ by Managing Intellectual Property and Appellate Lawyer of the Week by the National Law Journal. He appeared as a guest on the PBS NewsHour and has been quoted by the Wall Street Journal, the New York Times, the Financial Times, and countless other publications. He has presented at dozens of conferences and public events on issues relating to technology law, including being invited by Congress twice to be a witness on the topic of patent reform. Dan has also consulted with the United Nations and other international bodies on legal issues impacting access to essential medicines.

Prior to Zeisler PLLC, Dan directed the Public Patent Foundation, a non-profit patent reform organization he founded with support from the Rockefeller Foundation, the Nathan Cummings Foundation, the Open Society Foundation, and the Echoing Green Foundation, among others. He was previously associated with Brobeck, Phleger & Harrison LLP, and Patterson Belknap LLP, both in New York. Dan was also a law professor for fifteen years at Benjamin N. Cardozo School of Law and the University of Miami School of Law teaching Patent Law and Startup Law.