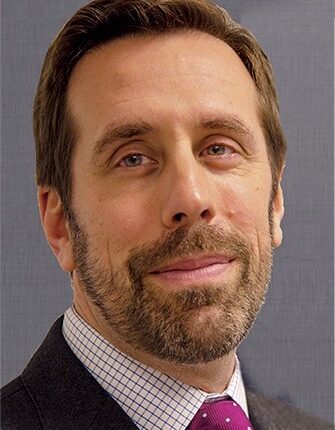 The University of Virginia, J.D.

U.S. Court of Appeals for the Second Circuit

Aaron M. Zeisler counsels hedge funds, family offices, businesses and their principals on litigation, dispute resolution and dispute avoidance, whether involving their investments, trade secrets, real estate, employment issues, member/officer liability, boards of directors, intellectual property, libel claims or privacy issues. Aaron also serves in the role of outside “in-house” counsel for several funds, family offices and small businesses that view him as a trusted advisor given his long-standing relationship with these clients and his familiarity with their businesses.

As a trial attorney, Aaron has represented clients in numerous state and federal courts throughout the United States, both at the trial and appellate level, and has handled arbitrations and mediations before the AAA, ICDR, JAMS, and other private mediation services and court-assisted mediation programs. He is particularly experienced in disputes involving technology, intellectual property and financial instruments. Aaron also counsels clients on enforcing judgments, litigation avoidance, employment contracts, service on outside boards of directors, and partnership disputes.

Notably, as reported in the WSJ, Bloomberg, Financial Times, Dealbreaker and Reuters, Aaron and his colleagues recently secured the dismissal of all trade secret misappropriation, breach of contract and unfair competition claims in an arbitration in New York brought by Bridgewater Associates against two former employees four years after they left Bridgewater.  The arbitration panel’s Final Award cited Aaron’s “withering cross-examination that compelled [Bridgewater’s experts] to repudiate fundamental elements of [Bridgewater’s] case that their reports and testimony were designed to support” and “conclude[d] [Bridgewater] filed its claims in reckless disregard of its own internal records, and in order to support its allegations of access to trade secrets, manufactured false evidence.”  The Final Award ordered Bridgewater to pay $2 million in attorneys’ fees and costs for having brought its misappropriation claims in bad faith.  (See the Final Award)

Defamation and Right of Publicity Litigation

In addition, Aaron served for six years as an Audit Committee Chairman for a large, national organization, helping to oversee its financial reporting process, the selection of independent auditors, and review of audit results with its Audit Committee, full board and management. Aaron counsels clients on legal and audit related issues, best practices and whistleblower issues.

Prior to founding Zeisler PLLC in May 2014, Mr. Zeisler was a partner with Satterlee Stephens Burke & Burke LLP (2008-2014), an associate with Brobeck Phleger & Harrison LLP, and an economic analyst with the Congressional Budget Office.